Controlling the styling of inline images inserted via a WYSIWG editor can be challenging. Generally, unless content creators want to write their own HTML, they are limited to the basics: aligning an image left or right, applying a border, or constraining the image size.

Recently, we worked on a site where content creators needed to display images inserted via WYSIWYG with captions. They also wanted to be able to float the images and their captions left or right, and they wanted the captions to appear in a smaller font than the rest of the text. In order to meet this requirement, we had three challenges:

Step One – Creating a new display mode for file entities.

We accomplished this by invoking hook_entity_info_alter() within a custom module.

In order to configure the new display mode we begin by navigating to Structure -> File Types -> Image -> Manage Display. Next, we enabled the “Image with Caption” view mode under “Custom Display Settings” and then finally enabled the “Alt” text field to be displayed underneath the image as shown in the following screenshot.

Now, when content creators clicked on the media button in the WYSIWYG editor, they had the option to display as “Image with caption.” The caption was determined by whatever text they entered into the Alt Text field on that same form. 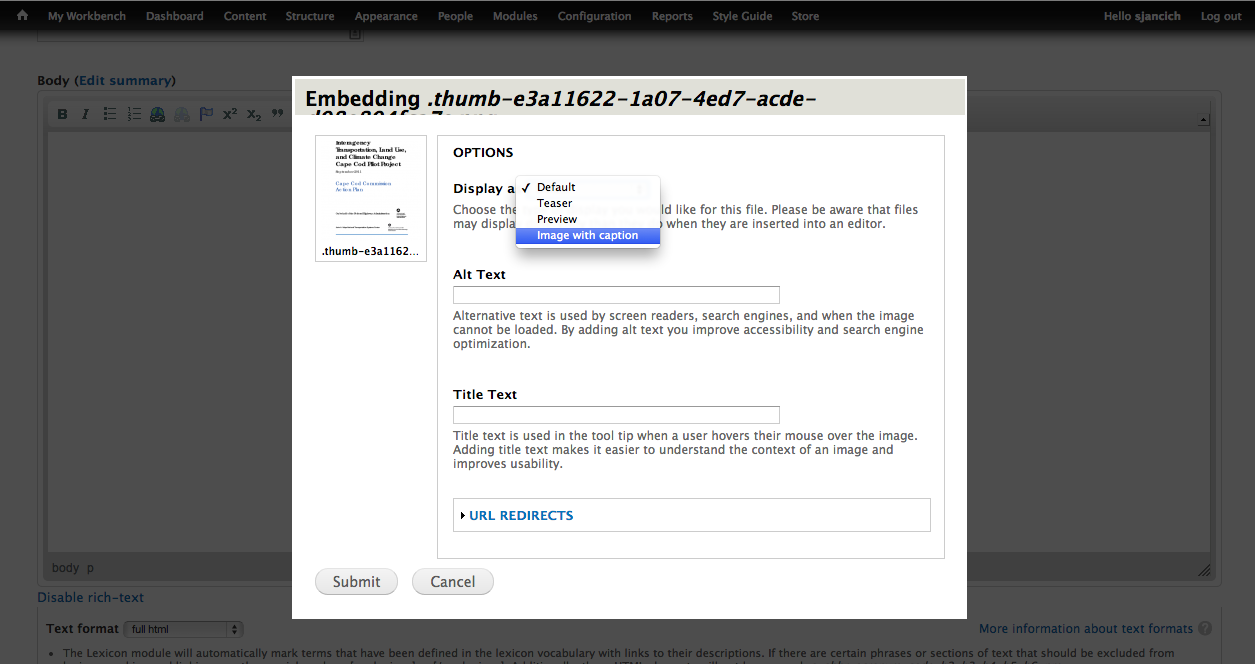 It is important to note that the new display mode isn’t used in WYSIWYG editor itself, so content creators won’t see their caption displayed until after they save and view the node.

The last requirement was to be able to float the container if the content creator opted to apply a float with the Styles tool within CKEditor. The tool’s default behavior is to add an align attribute to the img element. This would obviously work to float just the image, but we wanted to float the image and its caption. This led us to the Media module’s API, which provides a hook that we can use to alter markup.

Our code checks to see if there’s an align attribute on an image, and if so moves it to the containing wrapper. With a little CSS magic, the end result looks like the following screenshot. 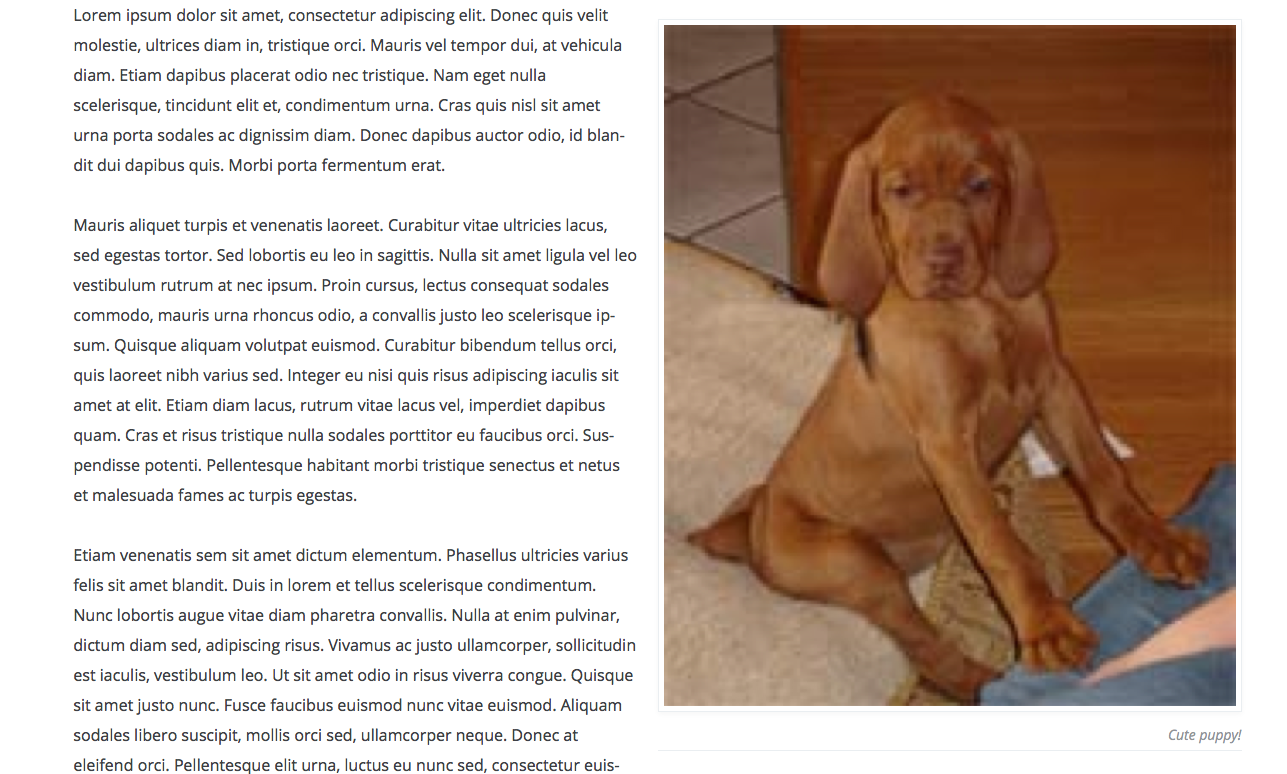 While there are always several solutions to any request in Drupal, having the knowledge of how to hook into the API of both core and modules allows for a flexible approach. In our case, it allowed us to create a new view mode for the file entity which allows our end user to configure how they want an image with caption to be displayed. Finally, we were able to hook into the media module to allow for altering the markup for aligning the image and caption based on the user’s selection.