The first-ever DrupalCon Asia — an amazing event for the world’s largest open source community — took place last month, and we had the incredible honor of being there! The Indian Institute of Technology in Mumbai, India hosted the event on its vast and lush campus. Over 1000 people from 32 countries attended the Con, over 80% of whom were first-time DrupalCon attendees. 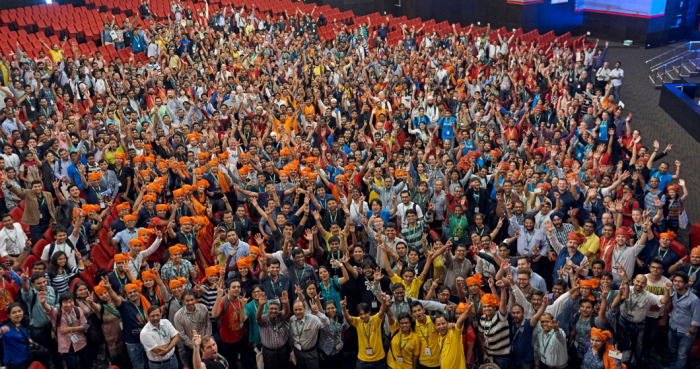 Josef Dabernig of Amazee Labs and I (Adam Juran) presented our session, Building Layouts from D7 to D8: Coding vs. Clicking to 208 attendees. We had led this session several times before, but this was the first time since Drupal 8 had been released in December. Our revised and streamlined presentation focused more on Drupal 8, with new examples demonstrating the stability of Panels and the power of the Paragraphs module, especially in terms of long-form content. To learn more, check out our slides.

The Prenote session, “We’ve outsourced the Prenote!” was for many the highlight of the Con. Playing on the stereotype that Indian firms are often used for outsourcing, the Indian Prenote team of Ashwini Kumar, Parth Gohil, and Prasad Shirgaonkar “outsourced” the writing of the Prenote to an American company (Horncologne and us, Campbell Vertesi and Adam Juran). The Prenote featured cameos by Dries and Crell as well as three Bollywood musical dance numbers. The last one had most of the audience up on stage to join in the dance! 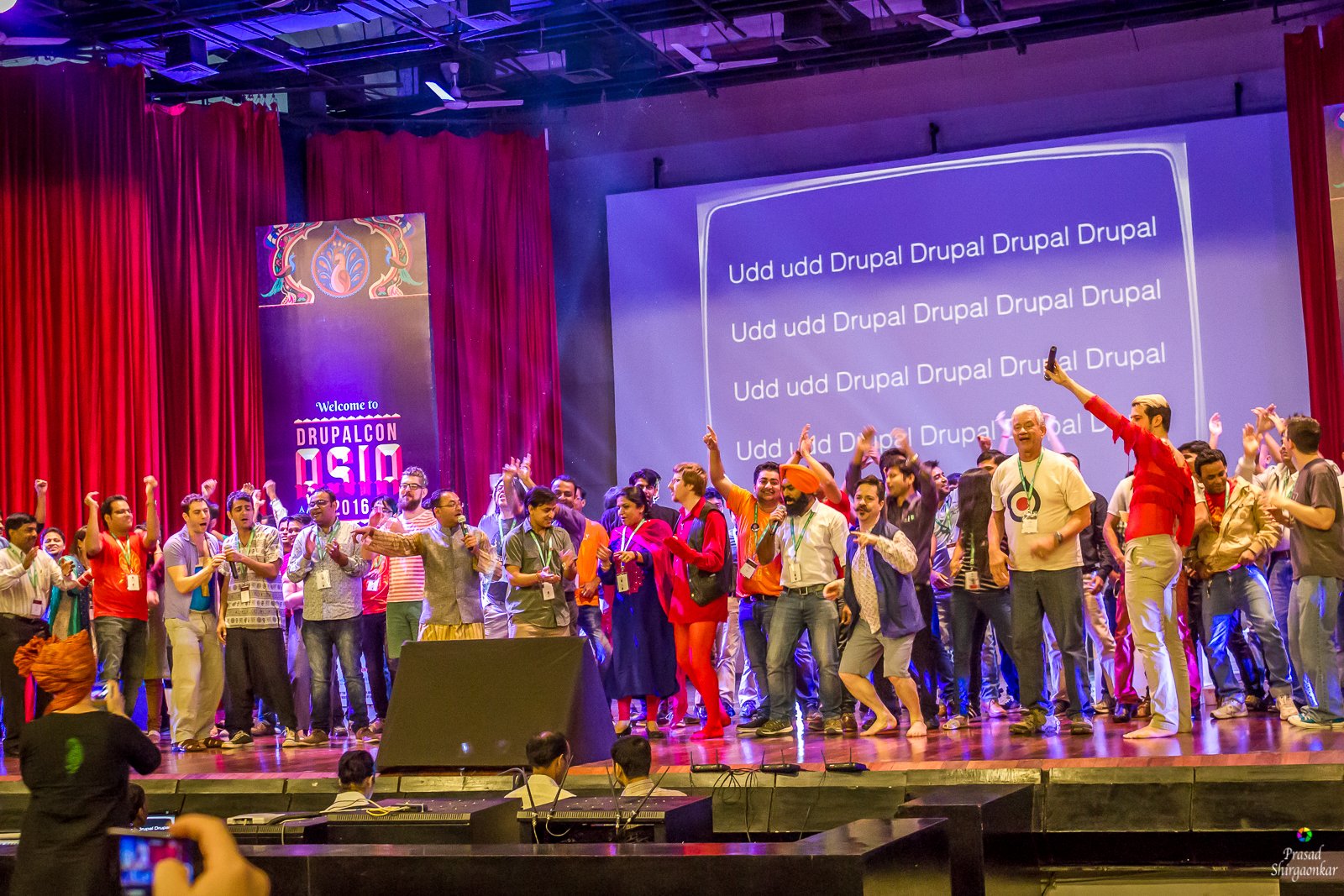 The Drupal community is known for being especially friendly, and Indian culture is a natural fit. The Indian Drupal community is enthusiastic, engaged, and very interested in jumping in at the cutting edge. We know one or two Western Drupal shops who have started building sites with Drupal 8. Every Indian shop we encountered at this DrupalCon was already getting comfortable in the new platform, which was fantastic to hear. Indian companies are shifting away from an outsourcing role for companies based elsewhere and into a direct competing role with American and European Drupal firms — and they are no longer just discount dealers.

This conference blew away all expectations for attendance at a “third Con.” DrupalCon Sydney had 450 attendees. DrupalCon Bogota had 263. DrupalCon Mumbai had over 1000. That’s half the attendance of DrupalCon Barcelona, with a fraction of the advertising. There are considerable logistical challenges to organizing such a large convention in a new culture and environment, but DrupalCon Asia demonstrated that it’s very much possible. Clearly, it’s important that we continue engaging communities like this as Drupal continues to grow.

What’s next on the DrupalCon horizon? Although the bar was set pretty high in Mumbai, let’s see if we can outdo ourselves at DrupalCon New Orleans! For those of you attending, we look forward to seeing you there!