Your digital content strategy has a lot of moving parts. By the time you’ve finalized your content, translating it for your Spanish-speaking audience may seem like a quick last step. But a deliberate strategy for such a large and important audience base requires much more than a simple translation process.

Every morning I ride the Washington DC Metro hoping for two things, and two things only: to have a light commute, and to be spared from the Spanish-language  announcements in the train cars. Why? Because the messages aren’t in Spanish; rather, they are in English using Spanish words.

My favorite: “¿Es esa su bolsa? Palabras tan pequeñas, pueden significar tanto.” (Direct translation: Is that your bag? Such a small words can mean so much). First, in Spanish there is no such thing as palabras pequeñas, so the expression “small words” means little to nothing to a Spanish speaker. Second, bolsa has many meanings: it could mean where you put your trash, a woman’s purse, or a shopping bag. With these two issues alone, the overall result is that the message is both confusing and ineffective for the audience it’s meant to reach.

For the record, while I am of course being critical here, as a native Spanish speaker and Spanish content editor, I am grateful for the time and resources invested in making these translation available to such a large part of the population. I’d therefore like to contribute to this important effort by identifying the most common issues I have found while reviewing and editing Spanish language materials.

A wise man once told me: “You need to write Spanish as it is spoken west of the Mississippi.” Yes, there are deep cultural and linguistic differences between Hispanics and Latin Americans. Moreover, an Argentinian may not be able to fully understand a Honduran or Salvadorian way of speaking. There is, however, a layer of universally-understood Spanish that links all Spanish speakers (including not understanding English expressions, idioms or jokes, written or spoken in Spanish words!).

Palabras tan pequeñas (such small words) is just a sample. If you want your message to resonate with Hispanics and you’re thinking of using a saying, popular expression, idiom, or joke, research its equivalent in Spanish. For palabras tan pequeñas, I would instead suggest palabras tan insignificantes (Such meaningless words) because that’s how we represent small words. See how that sounds strange when translated back into English?! Now you get a sense of how Spanish speakers feel when reading the direct translation from English.

These are the “infractions” that most frequently make me cringe when I read them on websites, blogs, social media posts, or graphic inserts on TV. The incorrect use of punctuation such as commas and semicolons, which have almost diametrical different uses between English and Spanish, can be extremely distracting and frustrating for Spanish speakers to follow. The erroneous placement of pauses and inflections is one that especially grates on me. This issue often results in paragraphs with 5, 6 or even 7 periods, long sentences with no commas whatsoever, or an excessive number of conjunctions. For example, an overuse of o (or) or y (and). It may be correct in English, but it absolutely incorrect in Spanish.

The use of adjectives has a special place in my heart. In Spanish, adjectives must be placed after the subject, with some exceptions of course. I’ve often come across what appears to be pointless lists of words, only to realize later that a misplaced adjective was what would have given it sense. Applied to legal or technical documents, or even descriptions, manuals, or addresses, the misuse of adjectives can cause real and sometimes serious confusion.

3. Being unaware of commonly-used Spanish words

Registración (registration), declaración en papel (paper statement), isolación (isolation) are all made-up words that do not exist in Spanish. My guess is they were created through a combination of laziness and phonetical simulation. Please, don’t get me wrong, I do believe languages are living beings and they should and will evolve; however, it’s one thing to accept googlear (to google something), or logear (to login) which are modern adaptations, but quite another to see existing words being replaced by incorrect translations. In the above examples, ‘registration’ should be registro, ‘paper statement’ is estado de cuenta” and ‘isolation’ translates correctly as aislamiento.

Appealing to the biggest, youngest, and fastest growing minority — with a buying power quickly approaching $2 trillion dollars — is a smart move for organizations and businesses of all types and sizes. But if you don’t put in the effort to say, write, or show the correct words, you may end up on the wrong side of the wave. Be on the right side, and please, make the day of a guy like me who only wants two things, and two things only, as I head into work every day: to have a light commute and to be able to read correctly-articulated, translated Spanish announcements in the metro car.

Get more ideas like this directly in your inbox 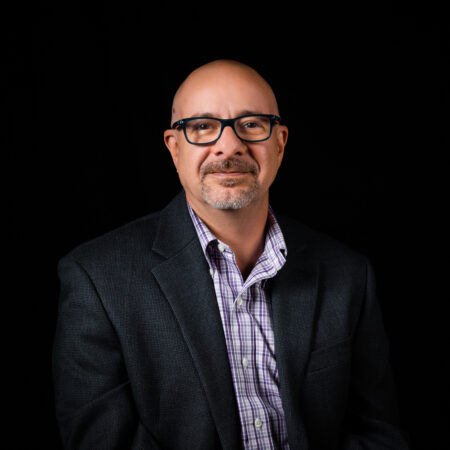