Organizations all over the world are continuing to pivot their in-person events to virtual as the global pandemic keeps people working from home. Like many conferences, DrupalCon 2020 is hosted in a different place every year; this year was scheduled to take place in Minneapolis. Since I’ve never been to Minneapolis, I was looking forward to visiting. This year’s DrupalCon 2020 looked very different than in the past, so I wanted to share some of my biggest takeaways from the first Virtual DrupalCon 2020.

This year, I was excited to present on “Configuration Management and How to Override.”  When DrupalCon made the decision to transition to a virtual conference, they asked presenters if we wanted to either record our sessions for inclusion in an on-demand library or present live, virtually. I chose to present live. I’ve been 100% remote for eight years and spend lots of my time with clients, other developers, and friends using video conferencing programs; how different could it really be?

The Drupal Association selected the Hopin Conference Platform to run the conference. The software allowed organizers to set up several areas participants could enter virtually—one each for sessions, exhibit hall, and networking. Like a real conference,  attendees could come and go as they wished, but without the added hassle of finding a seat or trying not to disturb others when leaving a session.

A new kind of exhibit hall

There was a main stage area that was where the Key Notes took place and other talks that seemed familiar to the talks that would take place in the exhibit hall. There was an area for the exhibits and an area for networking. The exhibits area was definitely different than in-person. Most of the “booths” had recorded videos or ads. Some had live conversations but my favorite was Four Kitchen’s Dance Party, which was basically a DJ spinning some tunes with some chat conversation on the side.

Key Takeaway: Don’t be tied to your original format. Offering content in a range of formats—such as live broadcasts, on-demand, and virtual exhibits—can help to keep participants attentive and engaged.

Chat was available in all areas of the event — even the Waiting Room area where attendees first entered — which was a fun addition because you could get another layer of information and join in if you wanted. The Networking area matched attendees with another person randomly and you could choose when to move on to network with another person. Both parties had to agree to network before they were connected.

Key Takeaway: Make your virtual event interactive. Some tools available may require configuration, but they can recreate in-person experiences like sponsor signage and exhibitor booths at a trade show.

The Sessions area was where I spent most of my time. I was slated to present my session on the second day, so I used the first day to become familiar with how the sessions worked.  The Drupal Association scheduled dress rehearsals beforehand, which was a nice benefit that helped in getting the hang of Hopin before going live.

The virtual “doors” for sessions open five minutes before the session starts so participants could join and we could start on time. Though my session went well, I’d make a few changes next time. First, I’d add an extra screen instead of using my laptop only. It was hard to manage all of the windows so I could see my slides, look at the comments in chat, and stay engaged with the participants. Next time, I will also consider adding a co-presenter who can help manage the chat. I wanted to follow the chat, but found that to be a bit distracting. Some people were asking questions in the chat and I tried to answer as I went along but others in the chat were also answering.

I would also change how I delivered demos. My session would not have been valuable without demos, but it was recommended that we do not share video during the presentation. In lieu of a live demo, I created animated gifs. Unfortunately, animated gifs loop and I couldn’t get them to start when I wanted them to. A recorded video appears to be the best solution but next time I will use a format that I can control.

Key Takeaway: Proactively plan for contingencies. During the planning of the event, time should specifically be reserved to identify risks that could impact the production and develop responses.

Like many people who miss in-person events, I missed not being able to have face-to-face conversations and meeting new people in social events, but overall from my perspective, the first virtual DrupalCon was a success!

Get in touch today. Our experts would love to talk with you about how we can help! 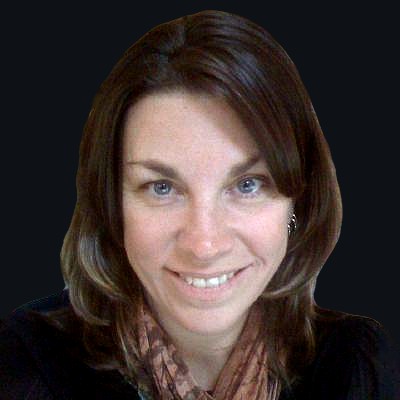