Organizations everywhere are being forced to rethink their in-person events. In this three-part series, we’re sharing how organizations can make the transition to virtual and streamed events successfully. In part one, we covered developing an event strategy and storylines to consider for your virtual event. In this post, we’ll explore the live video broadcast tools and levels of production. Next week, we’ll cover the documents needed to produce a successful event, including a run of show and contingency plans.

Nothing ruins a well-planned broadcast like sputtering footage or a voice that’s distorted and robotic. A survey conducted by Vimeo of live video viewers found audio and video quality was the most common reason people turned off a broadcast. Before you start a live stream, it’s essential to ensure you’ve sorted out the technical requirements from connection to hardware and software.

“Production level” is a term used to describe the quality and complexity of video production. A low production level indicates video created with commonly available equipment, while a high production video might require the rental of expensive cameras and lighting and the creation of sets.

If your broadcast will be the first impression people have of your brand, used for an extended period of time, or viewed by a large audience, then you may consider a higher production level. On the other hand, if the storyline is more candid or behind the scenes, then a lower production level might be most appropriate.

Tools for a simple production

The simplest way to broadcast live is by using the software directly provided by the platform, for example, Facebook, Instagram, or Zoom. With this approach, one person can produce the entire broadcast, with a second person monitoring the quality of the stream and responding to comments is ideal.

Camera
With a simple production, the camera should be placed in a fixed location on a stand or tripod. If you’re using a phone’s camera, the one on the rear of the device typically provides a higher quality video feed. Keep in mind that using the rear camera prevents a single broadcaster from viewing the screen to ensure they’re in the frame and allowing them to see comments. If using a laptop, utilizing a USB camera rather than the built-in camera can dramatically increase video quality and is an inexpensive purchase.

Backdrop & lighting
With a simple production, the setting should remain constant throughout the video. You’ll want to ensure that the scene is well lit and the environment reinforces the narrative, for example, a talk about economics might utilize bookshelves while an organization focused on students might use a classroom as their backdrop. You’ll also want to choose a setting with minimal distracting background noises, such as a loud HVAC system.

Tools for an intermediate production

To move your broadcast to the next production level, you’ll need to use video production software, such as Livestream Studio or Wirecast. You will also need a small crew of at least three people with one person operating the camera, another using the software to select the event visuals, and a third person moderating comments.

Software
Live production software allows for the mixing of live and recorded footage and the ability to overlay on-screen graphics and titles. One significant advantage of the use of this software is the ability to start a broadcast by displaying a graphic on the screen until you’re ready to begin. This allows viewers to join without having missed some of the content and eliminates the awkward first moments that can occur between clicking start and getting in position.

Microphone
Audio quality is one of the most important and often overlooked items in a live broadcast. A lavalier microphone, also known as a lapel mic, is a small microphone frequently used for television and public speaking applications that delivers high-quality audio and is hands-free for the host. Lavalier microphones are available in both wired and wireless formats and their use can dramatically increase the audio quality of your broads. Trial and error is required to use them successfully as they are very sensitive and frequently pick up the sounds of clothing and jewelry.

Gimbal
One way to make broadcasts more engaging is the mixing of footage from multiple camera angles or pivoting the camera. To create smooth movement, a device known as a gimbal is required. The gimbal holds the camera in a manner that prevents or compensates for unwanted shaking or movement, creating smooth camera shifts.

Tools for a complex production

If you’re looking to broadcast outdoors or need the camera to be free to move, you’ll need specialized equipment. If you won’t be producing events regularly, these pieces of equipment are readily available to rent.

Hotspot
Producing a live broadcast outdoors can be challenging because wired or wireless internet may be unavailable. In this case, it’s possible to create a temporary wireless network with a cellular internet connection. You’ll want to check the coverage maps of the wireless carries to determine the best coverage in the location. Additionally, consider purchasing a more powerful hotspot designed to support multiple users, for example, Verizon’s Jetpack branded hotspot is commonly used for outdoor broadcasts because it’s compatible with accessories to make internet reach remote locations like external antennas and powered cellular amplifiers.

Camera switching
One of the core elements of a typical new broadcast is the use of multiple cameras and switching between them to tell different stores. The video production software from the intermediate production level makes this possible, though it’s an advanced technique because you’ll need multiple cameras and a crew to operate them. You’ll typically also want a director that’s making a choice between the available video and audio sources. For organizations looking to produce a broadcast of this complexity, it likely makes sense to bring in a production company that can provide equipment and experienced staff.

360 & VR
Advanced cameras like the Nokia OZO or the Z CAM S1 can capture multiple angles simultaneously from a single camera allowing people to pan around to see a location from multiple vantages or view the stream in a VR headset. Since these experiences aren’t yet common, viewers are naturally curious to try them, which could boost viewership.

Once you’ve determined the production level and equipment needed to achieve your event, you are ready to start writing the run of show and contingency planning. Next week, we’ll break down the documents required to pull off a successful live broadcast.

We’d love to talk with you about how we can help! 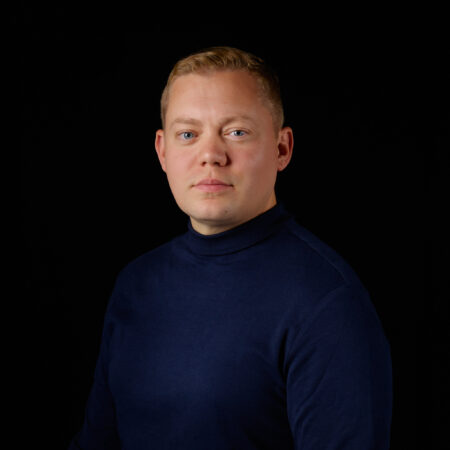